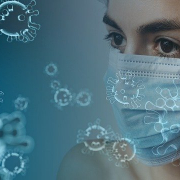 With COVID-19 hitting America and the entire world as hard & as fast as it has many big music events have been cancelled. And while many are devastated they are also in fear of what going to these huge venues could entail health risk wise. Is there any end in sight? Will the world ever be able to go back to some

version of its old self? Entertainment events, sporting events, Broadway shows and the like will once again be able to commence, but with it the reality of new safety precautions for your health.

Take a look at just some of the major music events that have been cancelled around the globe due to the new COVID-19 restrictions & safety procedures.

These are just some of the music events that have been cancelled for the year 2020. On top of these events, Broadway performances have been suspended indefinitely as well as other huge conferences like Comic-Con, The Met Gala, and various award shows. Some are hoping to reschedule for a later date but with the looks of things even who knows really when that could even be!